Mentor - Have One, Be One

The role mentoring plays in our lives has been generating a lot of dialogue recently. I love the fact that the word “mentor” can be a noun (an experienced and trusted advisor) or a verb (advise or train someone) as I believe it’s necessary for individual growth to both have one and be one.

I can clearly state that I would not be in the position I am today nor have enjoyed some of my successes were it not for a number of mentors who either inserted themselves into my life or appeared when I needed them the most. Some of you who have attended my presentations or seen my TEDx talk (https://www.youtube.com/watch?v=MFNi0jKyTyU) know that there was struggle during my younger years. Some of my earliest mentors were educators. Mr. Springer took me under his wing early on and nurtured what he termed “my ability to lead” despite my efforts to hide my poverty by being disengaged. He knew I didn’t always have lunch and he always had something for me. More than nourishing my body, he nourished my soul. I wasn’t ready for it back then but it resonates today. Ms. Fainsilber was another teacher who saw beyond the current conditions and would regularly ask me when I would be ready to display the “real me” instead of the lousy imitation I was showing. She pushed me despite my pushback. Other educators played similar significant roles at key times as I was finding me.

Although she won’t want to see this in print (and I’ll acknowledge that by being brief), my wife really was the catalyst for much of the growth I experienced. She helped me to find me but would never consider herself a mentor. We’ve grown up together, and beyond the people we were when we first met in a university dorm. Taking risks and seizing opportunities has allowed me to meet some incredible people. Regular readers of this blog will know the impact Wayne Hulley had on my life (http://umakeadiff.blogspot.ca/2014/10/i-lost-friend.html) and how I carry many of his thoughts with me as I work with colleagues today. Another significant mentor was Stanley French, who also recently, and suddenly, passed away. Stanley was a huge support during all of my time with the BCPVPA. He cultivated skills in me that I did not know were present and helped me to hone my craft as a writer. He was a great sounding board who knew exactly when to ask the right question and when to just sit back and let me talk it out. I will miss his presence in my life. That is also the thing that happens as we age. Mentors may leave us before we’re ready to let go. Recently I had a chance to spend time with another former teacher who also reappeared in my life when I became a school leader. Nick Parker-Jervis (PJ) was one of my first teachers when I moved across the country at the age of fourteen. He had little time for my “cool act” and plenty of time to remind me of what I could accomplish. Again, I wasn’t ready to embrace that as an eighth grade student. However, when I entered my first leadership role and became involved with the principal’s organization, I was delighted to see my former teacher in a key role with that group. Despite admonishing me for making him feel old, he took me under his wing and provided insights that still resonate today. When we met for lunch a short while ago, it was such an easy and comfortable connection. I am fortunate to have people like this in my life and this reminds me that we equally have a requirement to be a mentor to others.

I was reminded of this during a recent visit to a school. After visiting some classes and debriefing with the team, the principal walked me out to my car. He expressed appreciation for the stretch goals we had talked about earlier and for pushing him beyond being comfortable. He then asked if I’d be willing to mentor him as he continued his growth. I am fortunate to work with a number of colleagues and support their growth (which also supports my growth!).

Additionally, as educators we are all in roles where we have great capacity to mentor students and new colleagues. In a report entitled “The Mentoring Effect” commissioned by MENTOR, the national mentoring partnership, some key points were highlighted:

This information should be leaping off the page right now and grabbing each reader’s attention in a way that compels each of us to find a young person that will benefit from additional guidance. Every school is packed with students that will see the benefit. I’m looking forward to connecting with more young men and women when I deliver a keynote at a Rotary conference next month. I also know I’ll be running into some of my mentors there and will further benefit from their wisdom. 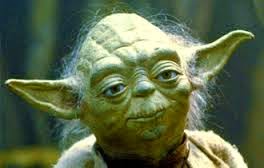