As I write this sitting in my hotel room in Halifax I am leaving myself open to the emotions that have been washing over me since first hearing of the news of the passing of my dear friend Wayne Hulley. There is not a single word, like friend, that can truly capture all that he meant, and yet so many words are jumbling around in my head as I think of all he meant. I won't purport to know the impact he had on others but I'll hazard a guess it was as profound and meaningful as his presence in my life was (and will continue to be).

It is somewhat apt that I am crafting this in a Halifax hotel room as it was in this glorious city that I (alongside Charlie Coleman) took my first step into the world of conference presentations and working with colleagues around twenty years ago. I only took that first step because Wayne believed in me and believed I had a message to share. My hesitation was evident as I chatted with him about what to expect and about what a ridiculous notion I had about thinking my words would be interesting to anyone. He reminded me to be myself, to share only what I truly believed and lived, to build relationships, and to have fun. With Wayne it was always important to have fun.

The tears I am shedding are caused in equal measure by the loss I am feeling and the laughter that emanates when I think of the stories he shared. I think I know every Wayne story by heart and yet he always produced the gales of laughter in his telling (and retelling) of each detail. He was one of this nation's most gifted storytellers. I will truly miss that aspect.

We last talked in person a little more than a year ago and we both knew that his time was much more measured that either of us hoped for or wanted to believe. As he headed for the door he asked me to walk with him. When we got to a less public space we spoke openly and he shared some words that will remain private but will be forever treasured. We embraced for just a little longer than was our custom and wished each other the best.

I am relieved that his struggles are over and his body is no longer wracked with the pain that the scourge known as cancer, brought. I am saddened for his family knowing how important they were to him. I am blessed to have known him and have him enter my life when I needed him the most. His faith was important to him and I know the denizens of Heaven will be regaled with the finest stories and the finest storyteller I had the privilege to know. Rest well my friend. 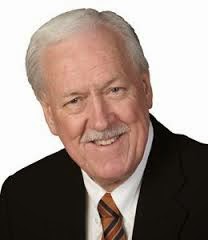 I just completed my 47th marathon in Chicago this past Sunday and that distance give you lots of time to think. My analysis of the race this year focused on the similarities between the field of 45,000 runners, and the students that come to school and populate our classrooms.

As I watched the runners all around me, I noticed a variety of approaches to running styles. Some had longer stride length while others seemed to have foot strikes at twice the pace of mine. There were runners carrying elbows high and others who seemed to have their arms by their sides. One woman ran with a video camera mounted to her hat and had such a backward lean that I could only imagine the pain that would cause. Runners were guided by their pace wrist bands or watches or their internal clocks. I saw two runners with carbon fiber legs. Some runners had many layers of clothing on while at least two men were running shirtless. I ran past costumed runners and runners supporting their favorite charities. I saw three runners whose visual impairment meant they had guides running the course with them offering key information at the appropriate times.

As I think about the students coming to our schools, I know there are a variety of approaches to learning styles. Some are more proficient in math than language arts. Some are beyond others in the technology aspects but may lag in another academic area. Learners might be guided by their internal organizational skills or may need agendas created for them. Some may have physical restrictions that they have overcome personally while others may need additional human support. Students’ learning levels may be readily visible to the naked eye, or may be buried under deep layers. All students will require feedback at appropriate times along the way.

The spectator support along the way made every runner feel like a champion. Signs and cheers amused and elevated participants (as an aside my favorite sign read “Worst Parade Ever”) as they pushed past each kilometer marker successfully. In our schools, descriptive feedback could make every student feel like an academic champion. Acknowledging the skills, providing supports, and believing that every learner can will get them past each grade marker successfully.

Some runners were able to maintain a consistent pace throughout the course, while others had varied pace depending on aspects of the course, their energy level at the moment, or stopping to take on fuel. The fastest runner in the field completed the race more than six hours ahead of the last person to cross the finish line and I’m sure each had a different perception of the course. Some students are able to maintain a consistent pace throughout their school career and stay on grade level. Others are accelerated and exceed expectations ahead of their peers while others struggle to gain proficiency and may need more time or a different strategy to master the hard spots. Some of our students get tired and may also need more fuel.

The end goal for anyone who enters a marathon is to cross the finish line 42.2 kilometers later. The end goal for any student entering school in Kindergarten is to cross the stage 13 years later.  Just as anyone can enter a marathon regardless of ability level, our schools take all students regardless of their background. Some runners needed to slow down their pace or needed additional support (friends running alongside or extra food sources) to complete their race. Students may also need to adjust their pace or require educators learning alongside. The bottom line is this – regardless of the actual marathon event or the marathon that is school - all have the capacity to reach the end goal and cross with arms raised feeling like the champion they truly are. 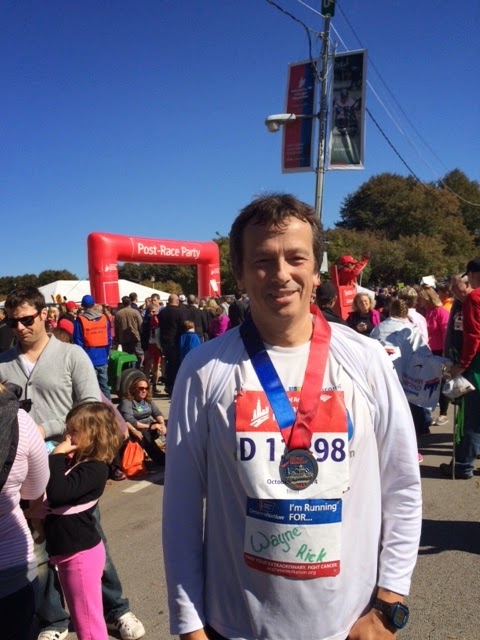