Learning is a Marathon Not a Sprint


As we lined up for the start of the race, I though about students coming in to write the “big test”. The nervous energy that flowed in the corral reminded me of what I saw with my students. Some wanted to get their exam right away, some were not 100% on test day, and some wanted to know how many questions were on the test and how much time they had. A runner approached me and asked if I knew of anyone who ran a marathon with a cold because he had a bad one and was certain it would affect his results. Others approached the pace bunny and wanted to know what they would need to do to achieve their desired time. Still others hoped Mark Donnelly (anthem singer at the Canucks games known for his unique style of involving the audience in the performance) would do his fast version of the national anthem so they could get on their way.

When the gun fired to start us off I took notice of the runners all around me. I saw a variety of clothing that spoke to personal preference and said something about each person. For a glorious sunny morning I was convinced some were overdressed and I was absolutely convinced the guy dressed to look like a fairy princess was inappropriately dressed. The eventual winner, who hails from Ethiopia, remarked how cold it was and why he needed gloves. Our schools also reflect this diversity and our students also share things about themselves with the clothes they wear. While I’m not suggesting it should be “anything goes”, I also know that the recent story of a student in Nova Scotia suspended for having a statement about Jesus on his shirt likely went too far.

As the run progressed I also noticed different running styles. Not everyone ran like I did and I couldn’t run like anyone else (even as they flew past me and I wanted to grab their speed!) as I had worked on all of this during my training. Some runners favored the uphill stretches while others thundered downhill whenever those sections appeared. Clearly no two runners were alike and it would have been wrong to expect they would all achieve the same on this day (or any day) despite the work put in prior to the event. Similarly, our students bring different strengths to each class they attend. Some have a particular passion for a subject, others have a strong desire to learn, and still others have strengths in areas one of our colleagues teach.

It also became apparent that the results of the day were impacted by the conditions of the day. While I enjoyed the sunshine, it did start to get a little too warm for an optimal run. Some of the aid stations only carried water while I must have my Gatorade to keep my electrolytes in check. This reminded me that the results of the day were just that. Taken in isolation they only offered a snapshot of any of the runners. To get a more complete picture you would have to look at results over a period of time and in other events and conditions. So too is it for our students. One result tells us something but many results and from many sources, provides a clearer picture of their capability.

As I moved into the latter stages of the race I know I reaped immense benefit from the feedback I received. Spectators yelling out encouragement helped but those who personalized it (our names were on our race numbers) and offered something deeper (“your on pace for”, “keep your stride length”, or “keep your pace on the last stretch of this hill”) meant more than the random (although appreciated) “looking good”. Some of the feedback was off base (the guy who yelled “your almost halfway there” at the eight mile mark), not effective (“you can catch her”), or just wrong (don’t tell me I have four stoplights to go on the home stretch when it’s actually seven). How much more valuable is our feedback to students when it is personalized and descriptive? When we detail how they can close the gap we help them to do just that. I also realized the value of formative assessment and the penalty one pays for ignoring the message contained within. I had my watch on and had hoped to run just over five minutes per kilometer. Despite being told repeatedly (every kilometer marker) that I was going too fast, I kept the pace high and paid for it in the second half of the marathon. It took me about fifteen minutes longer to do the second half and that was as a result of ignoring the information I had on hand. That I have run numerous marathons didn’t help as I passed on what I need to pay attention to on this particular day. If we use formative assessment to gauge where our students are, and adjust our instruction to get them to the desired end point, more will arrive having achieved their best and feeling capable of the next challenge.

As I get older I love the challenge of doing a marathon and the training that goes into getting ready for the event. I also love the learning that each race brings. You can’t fake your way to the finish line of a 42-kilometer event. You also can’t fake your way to being a competent learner. But in both cases you can benefit from all of the factors present each day and from the value offered by a good coach. 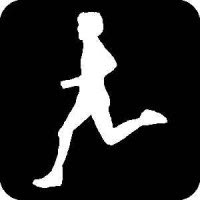